There is a reason why most streaming services are paid for, right? There has to be, and one of the reasons is that a streaming service, in most of the world, must pay for the right to stream something, whether music, videos, movies or even live sport events. There is a good reason as to why there are almost no free sites with various sports events, but only ones which require a subscription. Often, organizers make deals with a broadcasting company to broadcast the event. The said company has its own streaming service, or it can offer somebody else to stream the live event, which has to be paid for, of course.
Just like online bookmakers require you to spend some money in order to get some of their bonuses, like those from betbonus.com.ng, so do streaming services require you to pay, because they also paid someone to stream a said event, unless they are in China. The Copyright Laws in China are a bit different.

Unauthorized live streams of sports events already happened in China, multiple times. Even the courts were involved, but not much has changed since. Here is what you need to know about the PRC Copyright Law and sports broadcasters.

Unauthorized Live Streams Are Illegal In Most of the World

China is not most of the world, it is a country with a very specific set of laws. Its copyright law, namely, sees sports broadcasts as something entirely different from things which can be copyrighted. It doesn’t see them as works, meaning works of art, or as video recordings, because they are not recorded, or rather, they are being streamed as something is taking place. With that being said, a couple of sports broadcasting companies in China have been wronged, or so they have told the courts. CCTV is one of those companies and the other is Sina. CCTV was involved in three different court cases where their broadcasting rights were hurt, or so they claimed. 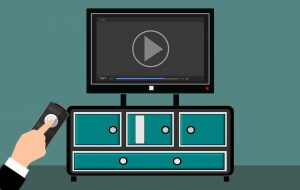 There have been multiple live streams of CCTV-covered events, which were not authorised. Nobody was fined for making these unauthorised live streams but sites which kept the videos online as clips or something that the audience could later view, were. The reason for this is because videos are viewed as recordings, or rather, something fixed, which is subject to being copyrighted. Streaming itself is allowed, but keeping the stream later on, as a video, is punishable, if the event is covered by somebody else, or in both cases, companies.

Even though these cases have been settled, live streams are most likely to continue in China, even unauthorized ones. The law does not hold the streaming service accountable unless the stream is kept as a recording afterwards. While laws are subject to change, they would need to incorporate streaming as something other than works or something fixed, or rather not streaming, but streaming of an event to which someone else has broadcasting rights.