Patents must be filled in the country where protection is required. Since they are territorial, patents cannot be extended outside the territory of the country they are granted, and have no effect in a foreign country. In this case, the inventor that wants patent protection in another country has to apply for a patent in the regional patent offices or the government of the target country, and make an application in accordance with the country’s requirements.

It should be noted that there is no such thing as a single patent filing or World Patent that can protect your invention idea in every country of each continent. Instead, patents are specific to particular jurisdictions.

The Patent Act (24 U.S. Code) governs patents in America and has established the USPTO (United States Patent and Trademark Office). There are three types of patents (1) utility patents, which are not enforceable until the day of issuance and last 20 years from the data of filing, (2) plant patents that protect new species of asexually reproduced plants, and (3) design patents that are created to cover ornamental designs.

To obtain a U.S. patent, the applicant has to submit an application to the USPTO. If the invention is patentable, a patent will be granted to the inventor. As for the general requirements for patent protection in America, these are set forth by Section 101 of the U.S. Patent Act.

European patents granted by the EPO (European Patent Office) or national patents granted by national Intellectual Property authorities protect technical inventions in Europe. To patent an invention, the inventor will take a route that is dependent on the markets their company operates in, as well as their invention. The EPO accepts applications under the Patent Cooperation Treaty (PCT) and the European Patent Convention.

Note: Those looking for patent protection in a few European countries may best apply directly for a national patent to each of the national offices.

China, Japan, India, Singapore, Sri Lanka, Taiwan, and the Philippines all have a different governing laws for patent applicants, regulated by various offices. 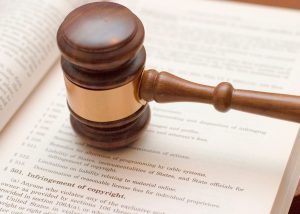 What is the Patent Cooperation Treaty (PCT)?

It is a treaty that was negotiated in 1970 and came into force eight years later. Today, it is adhered by more than 152 countries, including the US. The PCT provides a standardised application format and centralised filing procedures and:

Under the PCT, applicants can seek protection for their invention in all 152 countries simultaneously, by filling one international patent application. Below is a table listing the countries for which patent protection is not available under the PCT.

In these countries, applicants can rely on initial filling through local laws or the Paris Convention.